We are pleased to show you some of the new artwork that has now been put up for all to see in the hospital’s Dermatology department, paid for by the League of Friends.

The Event was a major donation by the League of Friends of St Mary’s Hospital to the Hampshire and Isle of Wight Air Ambulance. Members of the HIOWAA Critical Care Team brought the new Land Ambulance vehicle to St Mary’s Hospital grounds to thank the League of Friends Volunteers, and show them the equipment their donation has funded, which includes a compact ventilator, a chest compression unit and a mini ultrasound unit.

LoF Chairman David Frost presented a cheque for £20,871, and in a message to the League, HOWAA’s CEO Alex Cochrane commented, “In the event of a major incident, this medical equipment can make the difference between life and death. We are incredibly grateful to the League of Friends, St Mary’s Hospital, for their generosity and championship of HIOWAA.” 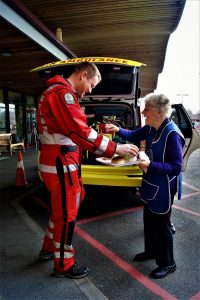 Naturally, the League of Friends Volunteers served cups of tea to the Critical Care team – after all, the £20,000 donation is the equivalent of 30,000 cuppas sold through the LoF coffee shops!

As an annual tradition on 10th December, we had a volunteers Christmas coffee morning. Other than the league of friends volunteersو some guests also took part in the event including, the Lord Mayor of Portsmouth David Fuller and the Lady Mayoress Leza Tremorin, Amanda Quine from Queen Alexandra Hospital, Niki from Portsmouth University, and Steven Parham representing the Starjammer Group.

The event began with a short speech by Mr Frost followed by the ceremony, in which two of the league volunteers, Helen Swan and Charles Burns were both awarded a Long Service certificate; each has spent more than ten years as League volunteer. 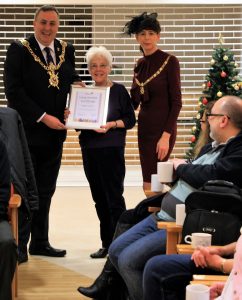 Amanda Quine from QA explained how the donations of the League had helped to buy much-needed equipment for the hospital.  Nicky Ansell from Portsmouth University talked to volunteers.   The Lord Mayor and Lady Mayoress thanked the League for their efforts.

To look at the photos of this event please visit our Gallery page.

We are pleased to announce the arrival of our updated website.  Here on these pages you will find out all about the League of Friends activities and fundraising efforts.  For all of our latest news and other notable mentions in the media, bookmark this page, or follow us on social media by following the links in the menu bar. 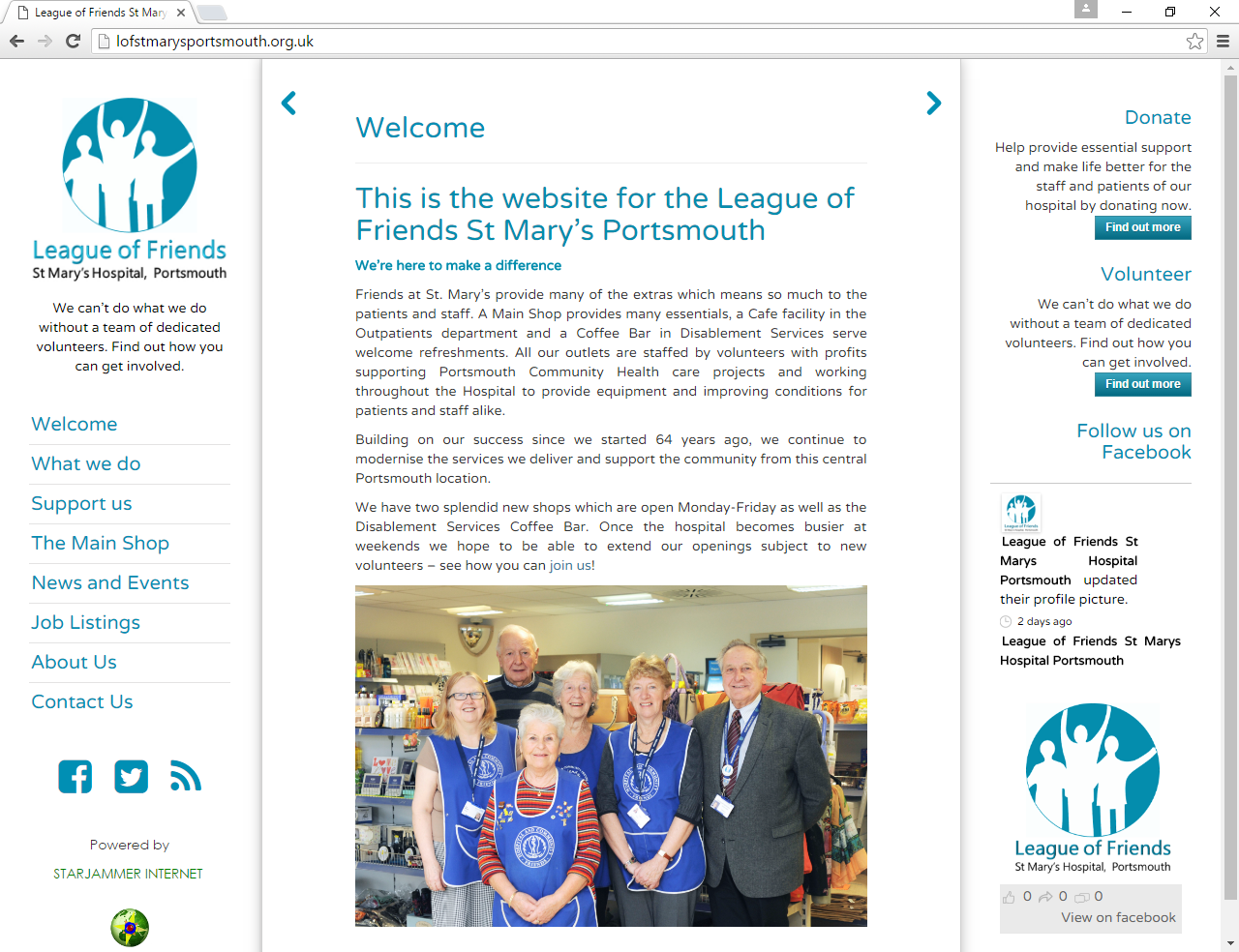 We look forward to keeping you updated with our activities in the future.

At our AGM on 26th April 2012 David Frost was unanimously voted as our new Chairman. We also voted in our new Treasurer, Jonathan Kemp who is a new recruit to the League. We are also joined on Committee by John Stainer who brings significant business experience to develop our business plans for the future. Alison Earle stepped down from Chairman after two hectic years in which the League closed down three shops in the old buildings and opened two in the rebuilt and refurbished premises. David was also re-elected as a trustee while Alison, Peter Brokenshaw and Eleanor Stewart-Richardson all continue in their roles as trustees.Alison was voted as Deputy Chairman to take over from David.

The League has been able to provide 58 pieces of unique artwork to grace the walls of the refurbished main building on the theme of Portsmouth and surrounding Hampshire.  Staff in the various departments made their selection for the public areas and consulting rooms from some 321 University of Portsmouth student entries.

The League, who funded all aspects of the competition, were assisted by two students who received valuable voluntary sector work experience, staff at the University, Portsmouth City Teaching PCT and The Lord Mayor of Portsmouth, Councillor Mrs Paula Riches in hosting the Awards Event at the Guild Hall and selection of the prize winners.

Congratulations to all entrants for the superb entries; who were all invited to a viewing evening where they were able to see their images which will be displayed and admired around the hospital for many years to come!

The League are most grateful for the assistance of Digital  print FX of Fareham who advised on the suitability of the submitted images, the methods of printing and framing most suited to the Hospital environment  for health, safety, infection control and durability.

We are committed to involvement across the Portsmouth Community in supporting healthcare services and strongly believe the involvement of the various parties in the new artwork will raise awareness and strengthen these links.

The winning  images are shown below, and are on display in the new  reception area while many others  grace the restaurant, corridors and waiting areas to create a welcoming ambience.

Look at the winners of the competition at our Gallery page.