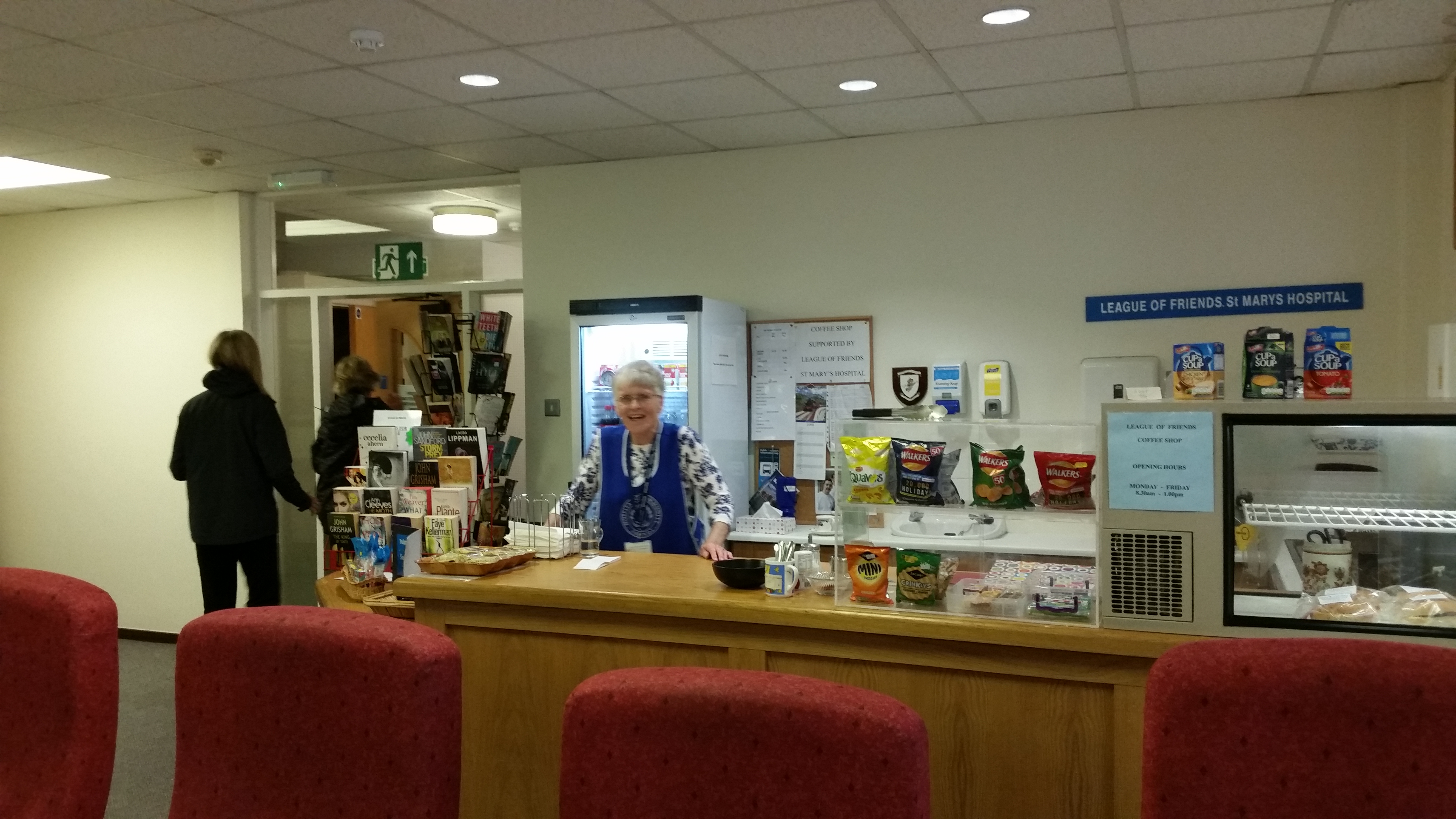 St Mary’s grew out of the Poor Laws. It was built as the infirmary to the Workhouse in the 1860s. Each block was built on a piecemeal basis and only connected by the present very long “Main Corridor” in the 1930s. In the year 1890 alone the hospital recorded over 900 deaths from cholera! Public Health has certainly improved since then!

Leagues of Friends enjoy a unique history amongst healthcare volunteers. Their direct ancestors were in existence long before the formation of the NHS in 1948. During the first half of the century, with widespread poverty and deprivation, healthcare in the UK needed strong support from voluntary organisations such as Hospital Associations and Contributory Schemes, ladies Associations, Comfort Guilds, Linen Leagues and Brick Leagues. These groups of volunteers not only built and maintained local hospitals, but also provided directly aspects of care such as clean clothing and laundry for patients.

When the NHS was introduced these groups were naturally concerned as to their role in the new system. Many wanted to carry on helping the organisations with which they had built such strong links.

Through the help of the then representative body for voluntary hospitals, the British Hospitals Association, they approached Aneurin Bevan for the answer. His reply was immediate – there would always be a place for personal and voluntary services in hospitals. As a result, fundraising and caring services would continue to play a role providing extras for the comfort of patients.

On the 24th March 1949, the British Hospitals Association called an historic meeting at which was formed the National League of Friends

On 15th May 1949 was our League was formed and took the physical form of a table in Main Corridor. It has never looked back!

St Mary’s League of Friends was one of the first League’s in the UK, formed in 1949 and today we continue to support the Hospital, patients, out-patients and those receiving care in the community throughout Portsmouth.

Friends provide many of the extras which mean so much to patients, visitors and staff.

Our shops have operated for most of our 60+ years. Since 1949 enormous contributions have been made by the League for improvements to the hospital including equipment, furnishings, nurse call systems, staff training, and many comforts for the patients including numerous television sets to all wards when St Mary’s was a busy General Hospital. We have contributed more than £91,000 since the 2011 refurbishments providing furniture, physiotherapy equipment, curtains and 58 pieces of artwork which are unique to St Mary’s Healthcare Campus.We also support the Hospital with a team of ‘Meeters and Greeters’ Monday to Friday to help patients find their way through the hospital.

We give our continuing our support with our Main and Outpatients’ shops.  Here, we provide both new and regular customers with a friendly welcome, refreshments and much more from our recently improved facilities.  Please come and support us in the knowledge that all profits are donated to the hospital and health care in the local community.

We also operate our Coffee Bar in the Enablement Centre for the special support it provides to the patients of this unit.