Friends provide many of the extras which mean so much to patients, visitors and staff including:

We have stunning artwork throughout the refurbished areas.  Funding for the above items of equipment, training and care in the community are a snapshot of the last few years. Since 1949, enormous contributions have been made by the League and we are committed to continuing making a difference here in Portsmouth.

In recent years the League of Friends of St Mary’s Hospital in Portsmouth has donated over a million pounds for the purchase of hospital equipment and fittings: indeed allowing for inflation the amount exceeds a million since the turn of the century, despite the enormous reduction in the size of the hospital. The main work of the League remains the provision of voluntary services throughout the hospital but the money donated can of critical importance within the hard pressed NHS. 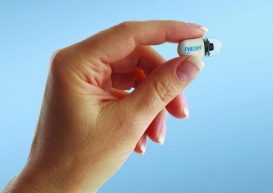 Often the equipment provided takes the form of everyday but vital items such as curtains, furniture, TV sets and so on. Occasionally it is for state of the art equipment, which really make a difference  for patients. £20,000 has been contributed to the Rocky Appeal for a robotic operating theatre. Other examples have been the Pillcam and Fibroscan units, both of which provide vital non invasive diagnostic techniques. They were introduced early in Portsmouth because the League’s funding was available.
The Pillcam or Capsule Endoscopy unit and a recent update to the software saw a total funding of £35,000. Capsule endoscopy was developed to address some of the difficulties in administering traditional endoscopy. In capsule endoscopy, the small intestine can be viewed through the use of a small camera that is inside a pill. The pill is swallowed by the patient, who then wears a belt that contains a receiver. The receiver captures and saves the images sent by the camera pill as it travels through the digestive tract. The patient can go about their day while the pill does its job. The receiver goes back to the physician for download and analysis of the images. In funding the Fibroscan the League invited the League of Friends at Queen Alexandra’s Hospital to share the total cost of some £80,000. Fibroscan uses elastography, which is a technique similar to ultrasound that measures the stiffness of the liver. It is a non-invasive, painless alternative to liver biopsy and is used for looking at liver damage from conditions such as alcohol related liver damage (a particular problem in Portsmouth) and Hepatitis C. It can be performed on a larger sample of the liver quickly, easily and painlessly without the risks and expensive procedures involved in biopsies. In the last year 680 scans have been carried out but as GPs become more aware of the service the rate has risen to 1500 per annum!
These donations are only possible as a result of the work of many volunteers, such as June Sheppard, who manages the League’s convenience shop in the hospital. If you would like to make a difference for sick people in Portsmouth, please become a volunteer, like June: call 02392 680553.